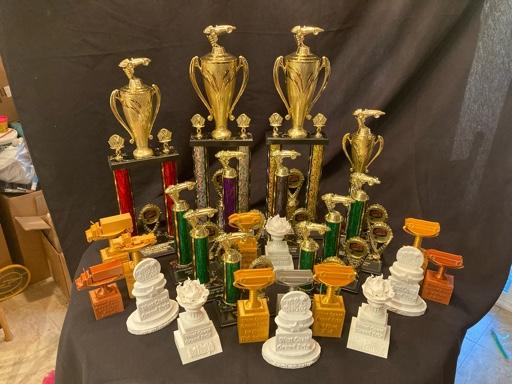 Re: Busy Couple of PWD Weekends 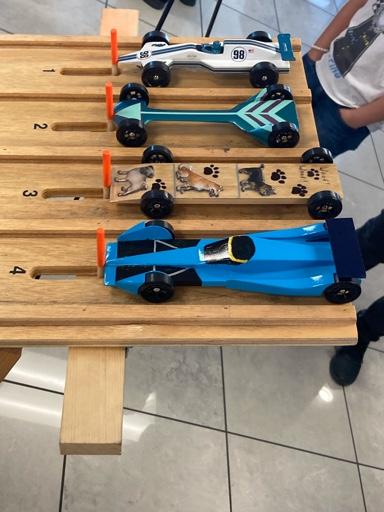 Just raced the Ford Country 500. They had an old wood outside rail track and some weird vague rules. They used Piencar kits and wheels. They also did bracket racing.
It ended up that they raced everyone together. So, my 2 girls and I were in first bracket together. Youngest and I moved on. Oldest raced back in. We likely would have been 1,2,3 overall if raced traditionally. But, with a not great stop section and are cars constantly hitting and then jumping track on the reverse, the oldest right front got locked up. She ended up getting eliminated in last race (in). Then moving to finals they only took one car per bracket. That eliminated my youngest.

So, my crazy new last minute build one. Then the took 1st and second of the 5oz cars and ran them against 1st and 2nd in the 6oz(long story). Won that - which was pretty amazing because second place was built by Shelby. Then they went and got a 12oz bus and ran that against it. Beat it as well.

Re: Busy Couple of PWD Weekends

Eagle,
A Big Thank to you and your kid's for all there hard work on the 3d printed trophies they sure were very busy .
AS you know I took 3 of them home this year!
https://imgur.com/rv0nUWE

What type of automobile can be spelled the same forwards & backwards?

Users browsing this forum: No registered users and 3 guests

This site sponsored by: